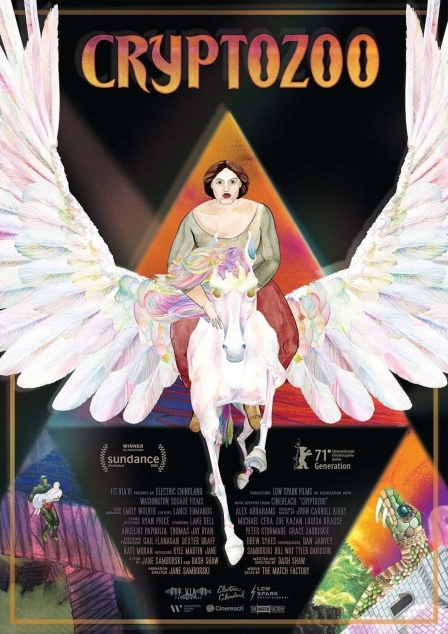 Among the voice talents of this hallucinatory animated fantasy are Lake Bell, Jason Schwartzman, Zoe Kazan and Michael Cera. Cryptozookeepers, who capture mythical beasts (Cryptids), face a moral stand-off about revealing them to the world. Directed by Dash Shaw and animated by Jane Samborski (Dungeons and Dragons). (Rated R)

Winner of The Next Innovator Prize at Sundance 2021.