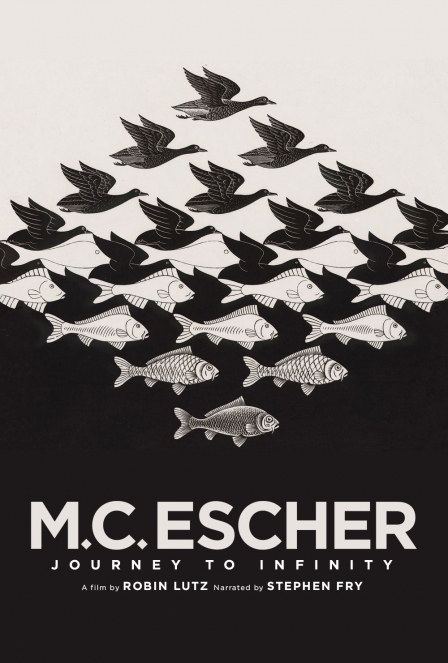 The life and work of M.C. Escher is presented primarily through his own words in the form of his writings being read against a backdrop of images associated to him, including archival footage of himself and images of his drawings. Many further details are provided by surviving family members. Escher himself considered what he did being caught between the worlds of art and mathematics - he not very good at either - his drawings always having an element of geometry. He made a conscious decision to work in monochromatic black and white realizing that he would be missing being able to convey ideas that are inherent with color. The evolution to two of his later periods is discussed, namely his series of drawings of the human eye, and what would become his ultimate fascination, that of the concept of infinity, whether it be real, as in the circle or the study of a man viewing a picture of himself viewing a picture of himself and so on, or perceived through illusions, such as his. NR