You can come in and browse or call ahead to rent and pick up Curbside Inside the Flicks is our movie rental section. The Flicks has DVD's a few Blurays and a small selection of movies on VHS. Check out the collection in person or call us to see if a title you are interested in is available - 208-342-4288Rental shop hoursMonday-Thursday: 4pm-9:30pmFriday-Sunday: Noon-9:30pmEach movie rental is $2.79 (+ sales tax) for a 2 day rental. - they are due by 9:00pmWe have a night drop box if needed. Purchase the Flicks Rental punchcard (10 punches) for $18.00 (+sales tax) and save over $10.00 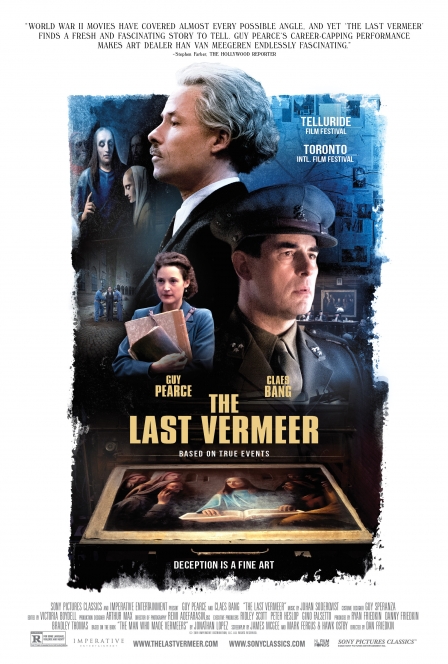 While Joseph Piller (Claes Bang), a Dutch Jew, was fighting in the Resistance during WWII, the debonair Han van Meegeren (Guy Pearce) was hosting soirées and selling Dutch art treasures to the Nazi elite. After the war, Piller becomes an investigator identifying and redistributing stolen art-resulting in Han being arrested for collaboration, a crime punishable by death. Soon Joseph and his assistant (Vicky Krieps), become convinced of Han's innocence. Dan Friedkin directs, based on a true story from the book The Man Who Made Vermeers by Jonathan Lopez. (Rated PG-13)