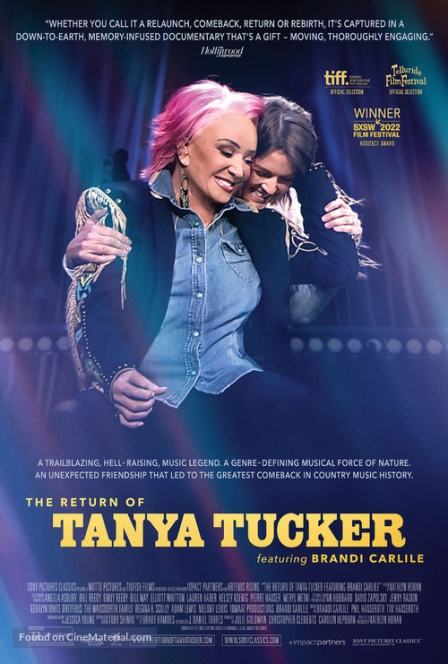 Writer-director Kathlyn Horan documents Brandi Carlile’s nearly single-handed resurrection of Tanya Tucker’s career. Tucker had her fist hit at age 13 with Delta Dawn; in 2019, at age 60, she released her first album in 17 years: While I’m Livin’. The film covers Tucker and Carlile’s first meeting until the album (co-written by Carlile) won its Grammy.  (Rated R)

"The story of a survivor, a talent given her long-overdue recognition as an artist rather than merely a celebrity." POV Magazine