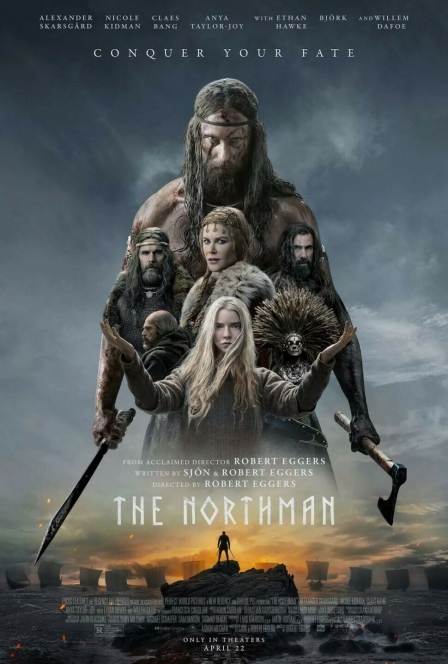 Set at the turn of the tenth century in Iceland, this historical epic stars Alexander Skarsgård as Viking prince Amleth (the inspiration for Shakespeare’s Hamlet), who sets out on a revenge mission after his father is murdered. Nicole Kidman, Claes Bang, Anya Taylor-Joy, Ethan Hawke, Björk, and Willem Dafoe co-star; Robert Eggers directs. (Rated R)